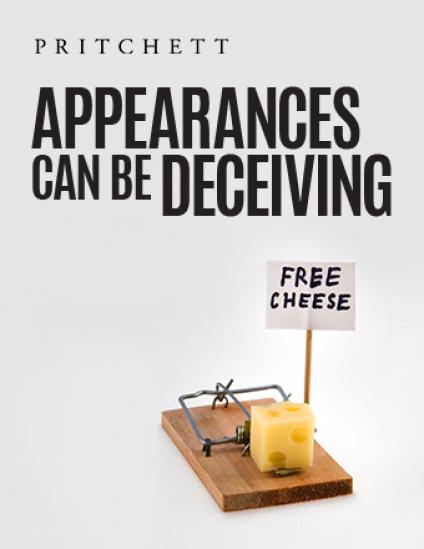 Appearances Can Be Deceiving

We know that change commonly causes stress.
Okay...so who’s causing the changes?
Usually higher management takes the rap. After all, the people at the top call the shots. So on the surface it seems fair to accuse them of being a main source of the emotional strain and pressure. Plus, if upper management’s actions seem to be the problem, doesn’t it make sense to hold them responsible for providing the solution?
No. For Several Reasons.
To begin with, appearances can be deceiving. The top management moves are often reactions.
Chances are, the organization is simply trying to respond to some outside force. Maybe stiffer competition. Sharp economic turns. New technology. Or shifts in the marketplace and customer expectations. If management is simply trying to deal with a more basic, underlying problem that threatens the organization’s future, then that root cause is the real culprit.
But suppose this line of reasoning hits you as a rather weak defense for management. Maybe in your opinion it doesn’t get them off the hook.
Let’s say, for instance, that you believe somebody made a bad call. You think there was a better way of handling the situation. With that in mind, you insist that somebody else caused unnecessary stress, and so they should bear the burden of protecting you against it.
What if they don’t?
To fix the situation—to get rid of the stress—the organization would have to change things. But they just did—for reasons, and in ways, that probably make sense from their point of view. It’s not likely top management sees it as a mistake. Apparently, this is the way they want it, considering the options they have available. In fact, any further changes are likely to create even more stress, not less.

Don’t count on anybody else coming along to relieve your stress.
Put yourself in charge of managing the pressure. There’s a good chance you’re the only one in your work situation who will, or even can, do much to lighten your psychological load.
“Have I reached the person to whom I am speaking?”  —Lily Tomlin as “Ernestine”