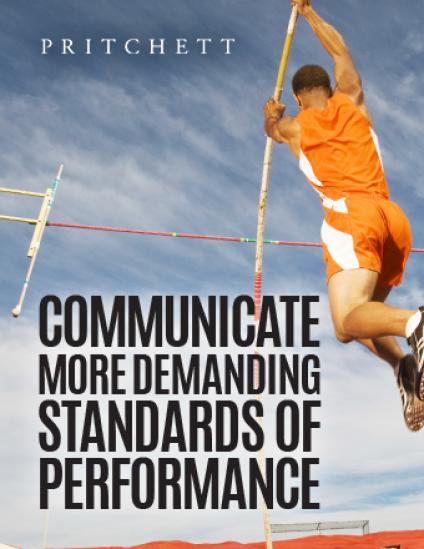 It is important not only to survive during the instability created by the merger or acquisition but to thrive on it, to exploit the upheaval. Managers commonly react by attempting to stabilize the organization during the transition, seeking to return things to normal. But this is an impossible task as well as a wasted opportunity. Instead of spending energy on a fruitless pursuit of normalcy, management should use the transition period as an opportunity to make needed changes that may be entirely unrelated to the merger. People are expecting change. The company is in a state of flux anyway. And you can accomplish things that would be far more difficult, if not impossible, under routine circumstances.

In particular, changes that are widely recognized as sorely needed and long overdue can be made concurrent with the integration. Of course, the importance of proposed changes must be weighed against integration initiatives. More often than not, a few changes will have long been recognized as having tremendous financial implications and strategic value. Now is the time to capitalize on the instability and get these changes implemented.

Executives should challenge the workforce of the acquired company by setting fresh and somewhat higher standards of performance. This is a highly appropriate time to make people stretch.

Mergers and acquisitions cause people to examine their behavior and reevaluate their modus operandi. This introspection, plus the destabilizing effect of the merger/acquisition, causes them to be much more open to behavior change. Astute executives will seize this opportunity to call more of the employees’ potential into play.

It is important, however, that any new and more demanding standards of performance be communicated clearly. And parent company executives should express confidence in people’s ability to measure up. It is not enough to just notch up the bars so that the hurdles are higher. Employees must grasp the idea that the parent company believes in them and their ability to make the grade.

Most people upgrade their performance automatically when confronted with a leader who expects more of them and expresses confidence in their ability to measure up. What so frequently happens in the post-merger setting, though, is (1) expectations are not communicated clearly at all, and (2) employees in the acquired firm somehow get the idea that the parent company views them as less capable or as possessing questionable ability to meet new performance standards. As a result, people in the acquired firm become less motivated and suffer a loss of confidence.

Generally speaking, employees would prefer to contend with higher performance requirements that are made clear rather than blurred, ill-defined standards that aren’t particularly demanding. They just want to know how the measuring stick works and who will do the measuring. Finally, they respond favorably to high expectations when it seems that top management genuinely has faith in their ability to achieve them.