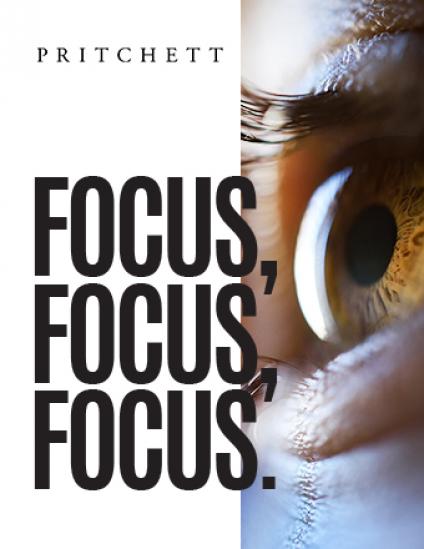 Once upon a time there was a failed British politician. His father had been laughed out of politics. He himself had been influential in taking Britain into the First World War, a horrific disaster. During that war, he sent a large force to Gallipoli in Turkey. The troops were massacred as soon as they arrived. He went on to become the worst Finance Minister in living memory. He changed parties twice, ending up distrusted and disliked by most of his colleagues. On top of all this, he was an alcoholic, and prone to spells of deep depression.

Yet he was focused. He wanted to become Prime Minister of Britain. That was all he cared about, all he dreamed about, all he worked toward. And he was focused in another way. Throughout the 1930s, he identified one issue that he thought was very important, and he kept banging on about it. He thought that Germany was a lethal threat to the British Empire. He was scorned as a bore, as well as a drunk.

The man was Winston Churchill. On June 10, 1940, to general surprise, he was made Prime Minister. “I felt as if I were walking with destiny,” he wrote that night, “and that all of my past life had been but a preparation for this hour.” He was focused. That was the only reason he won the job.

Those were dark days. Churchill knew the only way Britain could beat Hitler was to get the United States into the war. Now he focused on that. And he won again.

Focus is magical. And the magic comes from the 16X principle.

What gives great results? Always, a very few things. So the secret is in finding the few things that are really powerful—truly pivotal—which make the difference between success and failure.

Actually, this principle holds true regardless of the task or challenge at hand. So the first step is to figure out the few vital things. In any task, most of the things that are done hardly matter. But a few things matter a great deal. Sometimes it’s just one thing that counts, like getting America into Churchill’s war.

So, let’s say that you’re given a project at work— to win an important new customer . . . hire a new staff person . . . create an advertising campaign . . . organize a set of data . . . or whatever. There are a million and one ways you could try to do this. But most likely, very few of them stand much chance of producing extraordinary results. So focus on the one or two things with the most promise.

Step two is to cut out everything else. We always seem to be short of resources, whether it’s money, time, people, contacts, or energy. But the truth is, we’re not really short of these things at all. Most of the time we squander our resources and opportunities. And that happens because we’re not focused.

If we bore in on a few objectives, or better still on just one, we find we have loads of resources with which to pursue the goal. To do this, though, we need to stop wasting effort on things that don’t matter.

Why not give it a shot? Next time you have an important assignment or objective, work out the way to crack it, and then stop doing anything else. By abandoning the low payoff efforts and unrelated activities, you free up precious time you can use to do much more of the few things that truly matter. For Churchill, it was getting close to President Roosevelt. What is it for you? Whatever it is, do more of it, and do it better. Once again, you’ll have plenty of time, and lots of support. Because you’ll be doing so much less of everything else.

Quitting is a key aspect of learning to innovate via the 16X formula. Let go of the trivial many. Focus on the vital few.

“If quitters never win, and winners never quit, then who is the fool who said ‘Quit while you’re ahead.’?”      —Unknown