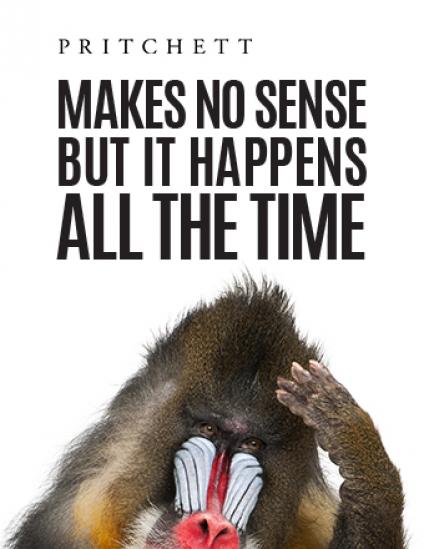 Makes No Sense But It Happens All The Time

Picture this: An organization asks people to change, then rewards them better if they stay the same.

Makes no sense whatsoever, but it happens all the time. Basically it comes down to this—people get paid to resist.

This is the absurd situation that develops when we ask people to change their behavior, but fail to make it worth their while. They usually decide to keep doing the same old things instead. And why not? It’s probably easier. Maybe it seems less risky. But most important, it offers a better payoff than changing does.

Think about it. People often stand to lose somehow in the change process. Work gets harder, at least for a while. There’s more job stress. Overall, the personal costs seem rather high. If resisting change doesn’t cause them problems, then why worry about changing? Hanging on to old habits makes pretty good sense, so long as the old reward system stays in place.

You must give people eye-catching reasons to do things differently. If you want them to align with the organization as it moves in new directions, then make it a paying proposition.

Restructure the way people get compensated. Tie base pay, raises and bonuses to the behavior shifts that are needed to support the change. Reserve promotions and the most sought after assignments for the people who do the most to drive change forward. Pass out “psychological paychecks”— praise, attention, honors or awards—in a more discriminating manner, rewarding only those people who get with the program.

Then consider the steps you need to take with negative reinforcement. Just as you need to offer everybody a powerful new payoff for supporting change, you also need to make it expensive for them if they fight it. Resistance should produce a more unpleasant set of results than change does. Sticking with the status quo needs to be a painful, unsatisfying experience.

These are common-sense ideas, but they’re not commonly considered when change efforts are being engineered. As a result, people end up with little immediate incentive to change. So they don’t. Or to put it differently, they resist.

You must alter the way rewards work in the system, or you can expect more or less the same behavior you’ve been seeing.

"Don’t forget, folks—the less you bet, the more you lose when you win."
—advice from a stickman at the Landmark Casino, Las Vegas