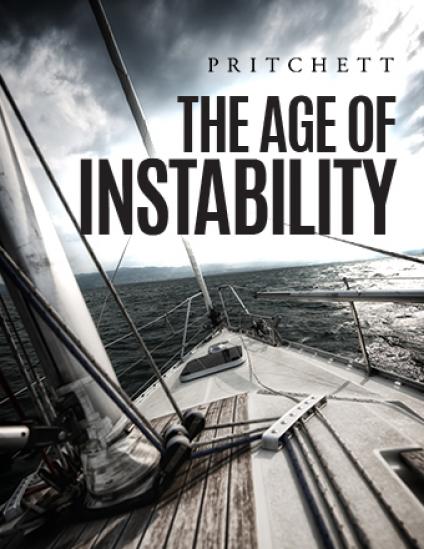 The Age of Instability

The winds of change keep blowing harder. Hitting more people. Reshaping all kinds of organizations and altering how they operate.

Business, government, educational institutions, not-for-profit organizations, the military—you name it. Change, as far-reaching as it is rapid, is cutting across all sectors of the economy. All classes of society. All continents. All cultures.

Just think back over the past year. How many organizations expanded rapidly... revamped their product lines... entered new markets... were acquired or merged... overhauled their systems and procedures... relocated to different facilities... installed new technologies... brought in a new management team... shut down some operations... tried to change their corporate culture... were deregulated... made sweeping budget cuts... or saw a change in ownership?

Everybody lost count. You’ve watched the pace of change accelerate over the last decade. And you won’t see it relax during the foreseeable future. You can expect more pressure points. Further destabilization.

Some organizations will ride the winds of change, seizing the opportunity to go far... very fast... and sail past the competition. Others that are unprepared for the wind’s force, and that mistakenly think their safety comes in bracing themselves against it, will find their rigidity a fatal stance. They will be shattered. Devastated. As for those who think they can lie low until the storm passes, they will be left behind. Pete Silas, former Chairman of Phillips Petroleum (now ConocoPhillips), described the situation well: “We can’t wait for the storm to blow over, we’ve got to learn to work in the rain.”

Your organization will be challenged still further by sharp economic swings, new competitive pressures, globalization of the marketplace, and continued reshaping of business and government worldwide. You can expect new technologies, sociocultural shifts, and regulatory changes.

But the organizations that refuse to change, or change too slowly, will have even bigger problems. They won’t survive in the Age of Instability

"Things are more like they are now than they have ever been before."
—Dwight D. Eisenhower