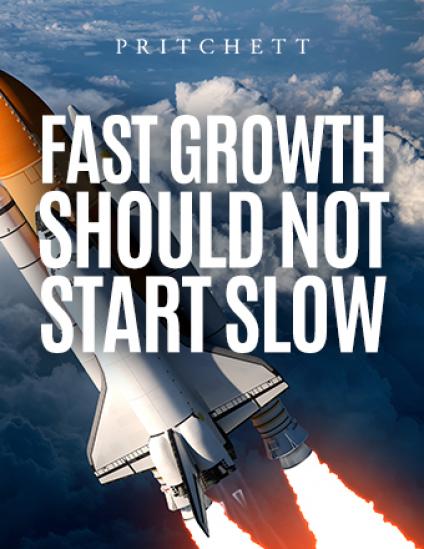 Fast Growth Should Not Start Slow

Start your growth program with bold strokes. Courageous acts. Your opening moves should be strong enough to overcome inertia, give you instant momentum and create excitement inside.

Audacious action energizes a person. It’s like the initial thrust a rocket needs to clear the launch pad. Gutsy moves will power you forward, enabling you to escape the gravity field that pulls you back toward your same old daily patterns.

New habits are not easy to come by, and old habits are even tougher to break. You need to hit hard. Fracture your routines. Shatter the status quo in how you’ve been growing and developing as a person.

William James, who’s called “the father of American psychology,” said there are three rules to follow if you want to change your life:

These recommendations produce a sense of urgency, an air of drama, and the level of commitment you’ll need for fast growth.

Bold moves in the way you begin mean you’ll have to invest more of yourself. You’ll be gambling a bigger amount from the very outset. And that’s good. That goes a long way toward keeping you in the game. A person is less likely to call it quits if it means leaving a lot on the table.

If you open boldly enough, it’s sort of like “burning your boats.” You have to stick it out and try your best to win the war, because you’ve cut off your escape routes. What it amounts to is putting yourself in a position where you’re more or less forced to grow. You’re cornered by your courageous acts, and now you have to rise to the occasion.

Robert Frey stated in a Harvard Business Review article, “The people who change best and fastest are the ones who have no choice.” So start big. The way you begin says a lot about how you’ll finish.

"You fought the good fight. You were in it right up to the beginning."   —Bruce Babbitt, former Secretary of the Interior